Could ‘No-Deal’ Brexit Hurt Special Education in the U.K.? 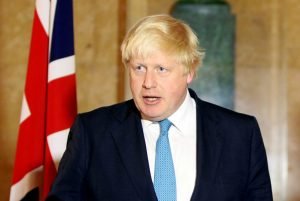 Talk around the United Kingdom’s (likely) impending departure from the European Union largely has centered on potential effects on the U.K. economy and the impact a stricter border between Ireland and Northern Ireland could have. But while those issues — along with downfall of one prime minister and the election of another — have dominated the headlines, Brexit also could have a significant impact on education in the U.K.

The Observer, which ostensibly is a Sunday edition of the Guardian, reported earlier this month on a leaked U.K. Department for Education document that details potential impacts of a no-deal Brexit on British schools. Among the concerns are teacher absences caused by travel disruption and food shortages to schools, though the government appears more confident that there won’t be disruptions to special education services. The Observer reports that the document did include language expressing concern in notifying the public in advance of potential food shortages, worrying that “risk that communications in this area could spark undue alarm or panic food buying among the general public.”

The document, drawn up by British Under Secretary of State at the Department for Education Lord Theodore Agnew for new prime minister Boris Johnson, included a table indicating various areas that could be affected by a no-deal Brexit, which would entail the U.K. leaving the EU without having new customs deals in place. As the Observer reports, the various levels of concern are denoted by various colors. A “European Agency for Special Educational Needs and Inclusive Education” entry is color-coded green, meaning the Department for Education is confident that group’s needs will be met even in the event of a no-deal departure.

The document obtained and published by the Observer.

“Student Finance” is a level of greater concern, as are, to a lesser extent, “Children’s Social Care” and “European Social Fund” — the latter of which aims “to reduce inactivity among young people and the long-term unemployed and to improve training and skills. It is also investing in education and lifelong learning, and is promoting social inclusion by fighting poverty and discrimination.”

A Department for Education spokesperson told the paper, “While we don’t comment on leaked documents, our … guidance to schools and other stakeholders already provides advice on EU exit preparations for schools, including food provision, medical supplies and guidance for EU nationals. We are confident provision for schools will be protected in the event of the UK having to leave the EU without an agreement and there are robust contingency plans in place to ensure schools are prepared in all eventualities.”

The United Kingdom is scheduled to leave the European Union, with or without an exit deal, on October 31.

2e News is the online home for the latest news, features, opinions, and research around neurodiversity and twice-exceptional education.
View all posts by 2e News →