Home Child Development Does Your Dyslexic Child Have a Visual Superpower?

Does Your Dyslexic Child Have a Visual Superpower? 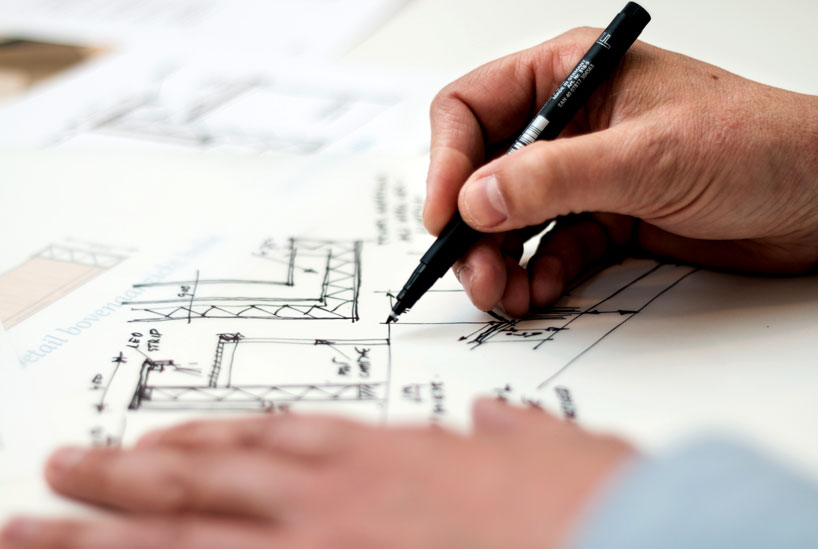 Note: For more information about dyslexia, please check out the replay of this month’s “Critical Conversations about Cognitive Diversity” webcast with Scott Barry Kaufman. Scott discussed “The Science of the Dyslexic Mind” with his guests Dr. Jack Horner and Dr. Fumiko Hoeft. The replay is available here.

Does your dyslexic child love to build or draw things? Are they fascinated by how things work? Does your child surprise you with their ability to “see” things in his mind’s eye? This may be evidence of a budding talent that can lead to a successful career in a field that relies on visual-spatial thinking.

Visual-spatial thinking is the process of reasoning (thinking) with visual images or pictures. It involves non-verbal thought processes — those not based on words and language. People who have strong visual-spatial thinking ability can manipulate visual images in their mind, examine things from all angles, and “see” a sort of slideshow or film of a process or event in heads. Temple Grandin (who is autistic, not dyslexic) described visual-spatial thinking when she wrote: “My visual thinking gives me the ability to do a ‘test run’ in my head on a piece of equipment I’ve designed just like a virtual reality computer system. Mistakes can be found prior to construction when I do this.” Albert Einstein wrote: “The entities which seem to serve as elements in my thought are certain signs and more or less clear images which can be voluntarily reproduced and combined. … This combinatory play seems to be the essential feature in productive thought. The above-mentioned elements are, in my case, of visual type. Conventional words or other signs have to be sought for laboriously only in a secondary stage.”

For years people have wondered if individuals with dyslexia, who have weaknesses in left brain-based language processes, might have higher than average right-brain visual-spatial abilities because of the different way their brains are wired. It seems logical that “that the same brain organization that leads to language disabilities for dyslexics might also lead to certain high level abilities.” (Norman Geschwind).

The scientific evidence has built to suggest that many dyslexics do, in fact, have stronger visual-spatial abilities than their non-dyslexic peers. Dyslexics evidence an enhanced ability to process visual-spatial information globally (holistically) rather than locally (part by part). This may be why individuals with dyslexia are over-represented in fields such as architecture, art, engineering, and the sciences. In discussions with successful dyslexics in these fields, the capacity to “see” things differently comes up with remarkable frequency.

Dyslexics evidence an enhanced ability to process visual-spatial information globally (holistically) rather than locally (part by part). This may be why individuals with dyslexia are over represented in fields such as architecture, art, engineering, and the sciences.

My dyslexic son displayed a talent in visual-spatial thinking at a young age. Because so much of his school day was spent feeling less capable than his peers, we decided to focus on enrichment in this interest/talent area so could feel good at something. We bought books about how things work, helped him enter a Lego building competition, enrolled him for the Johns Hopkins Talent Search Spatial Test Battery, let him take apart and build mechanical objects around the house, enrolled him in summer engineering programs, helped him find an internship at an engineering firm, and did everything we could think of to help him develop his strength. Being good at something helped him get through the elementary and middle school years with his self-esteem intact — and ultimately helped him get into a good college because he had achievements in an area of passion. He majored in physics and is now a rocket engineer. He feels that his ability to picture things in his mind has enabled him to design original parts and envision how the engineering development process will flow better than many of his non-dyslexic peers.

When I work with dyslexic children who display an exceptional strength in an area like visual-spatial ability, I often describe it to them as a “super power” —  something that makes them special and unique.

Drs. Brock and Fernette Eide, who founded Dyslexic Advantage, have developed questionnaires to help identify the strengths associated with dyslexia. I’ve adapted some of their work to use in my assessment practice. If you answer “strongly agree” or “agree” to a majority of the questions below, your dyslexic child may have a gift at visual-spatial thinking — a “super power” that could lead to a career in a visual-spatial area and/or an enjoyable lifelong hobby.

If you would like to learn more about how to identify and develop your child’s strengths, I am happy to talk and can be reached at: [email protected].

(Note: the pronouns “he” and “his” refer to children of any gender in this questionnaire.)

Editor’s note: A version of this piece originally appeared at drdevon.com and is republished here with the author’s permission.